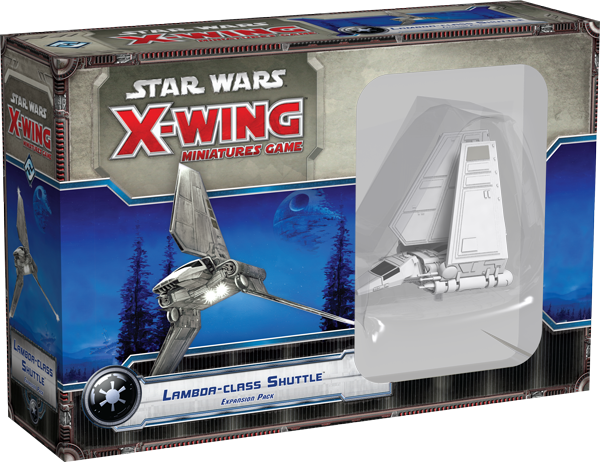 The Lambda-class Shuttle Expansion Pack includes one large-base Lambda-class shuttle miniature at 1/270 scale, its maneuver dial, all necessary tokens, four ship cards, and a whopping twelve upgrades, which afford Imperial players an astonishing level of customization and control of their squads. The four ship cards feature three unique pilots who can each provide powerful benefits to their squad mates; for example, Captain Kagi can divert enemy target locks from your other ships and force your opponent to fire against his shuttle and its five shields.

The Lambda-class Shuttle is highly customizable, too, as each one can carry up to two crew members, one cannon, and a system upgrade. Pair Captain Kagi with a Rebel Captive, and you may discourage your opponent from trying to establish target locks and fire missiles.

Come join us at our store!